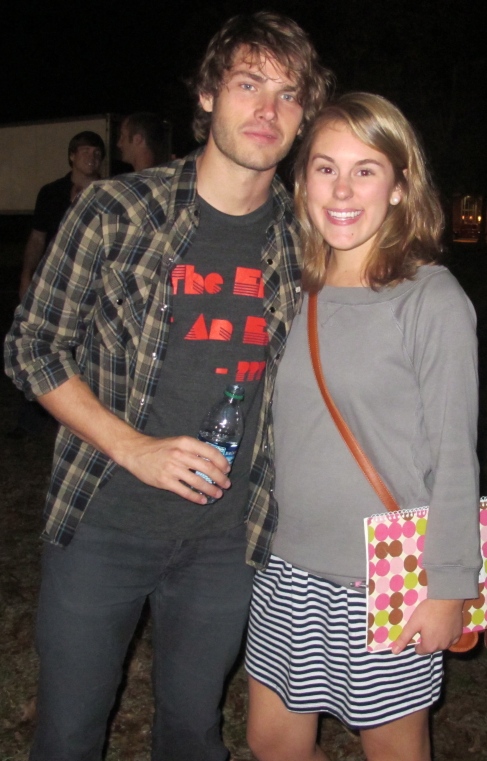 This week’s musical selections come from a very talented young man, one whom I’ve been following since 2007. His first single, “Beautiful Disaster,” captured my heart in more ways than one. Mostly I was attracted to his extremely good looks and expert piano playing skills. Now 5 years later (hey! 5 years, Friday Five – that works! there’s my correlation) his fifth album (look at this! I’m on a roll) Promising Promises is just as captivating as the previous 4. Please enjoy the album Promising Promises by Jon McLaughlin – my hero, crush, and musical soulmate.

P.S. Do I look like a crazed fan or what in that picture? Let me just say that I was completely starstruck and transfixed by his beauty in person. Oh, and the reason I have what I am now realizing is a very juvenile-looking journal is because I was covering a Christian presentation/concert in which Jon performed. The picture was taken after I interviewed him for my story for the university’s online student news site.

Join 214 other subscribers
My Tweets